Tips, Ideas, Customizing, Performance Questions and Answers For All Motorcycles

Forum Registration has been disabled for now due to the huge amount of Trolls spamming the board with B.S. Previously registered users have been saved and information is safe and secure. We left the forums open to browse but have deleted many of the posts that had been compromised. We will continue to post information here as It becomes available but if you have a question or need service please use our
Contact Form Located Here.

Please use this area to discuss any of the products or solicit information about items you are interested in. Please feel free to give your opinion.
Post Reply
1 post • Page 1 of 1 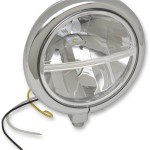 I have heard that as you get older, your eyes require more light to see, especially at night. At the same time you're more affected by glare, which means you get blinded by oncoming headlights.
Screw that. As far as I'm concerned it's just getting darker every year.
Which is why I decided to try the Drag Specialties 5-3/4" LED headlight when I was customizing my 2004 Sportster last year.
Installation was a little more complex than I had hoped. The "bulb" section of the headlight wouldn't play nice with my stock headlamp housing, so I ended up installing the entire headlight assembly with the Drag Specialties housing. (It comes complete with the housing, you don't have to buy anything extra.) A three-prong plug was included, but not installed, so Chuck soldered everything up all nice and proper for me.
The first time I rode home in the dark, I was quite impressed. The LED light pattern was very different from the old halogen bulb. The new lamp flung out a wide, flat swath of light that was just the right distance down the road. The width of the swath meant that the right shoulder of the road was well-lit. What do you care about the right shoulder? That's where the critters hide! It's much easier to avoid them if you can see them before they throw themselves in front of you, y'know. And when cars are coming at you on a twisty road, the LED lamp shows you where the right edge of the road lies even if the fog line is getting a little worn out. Very nice! 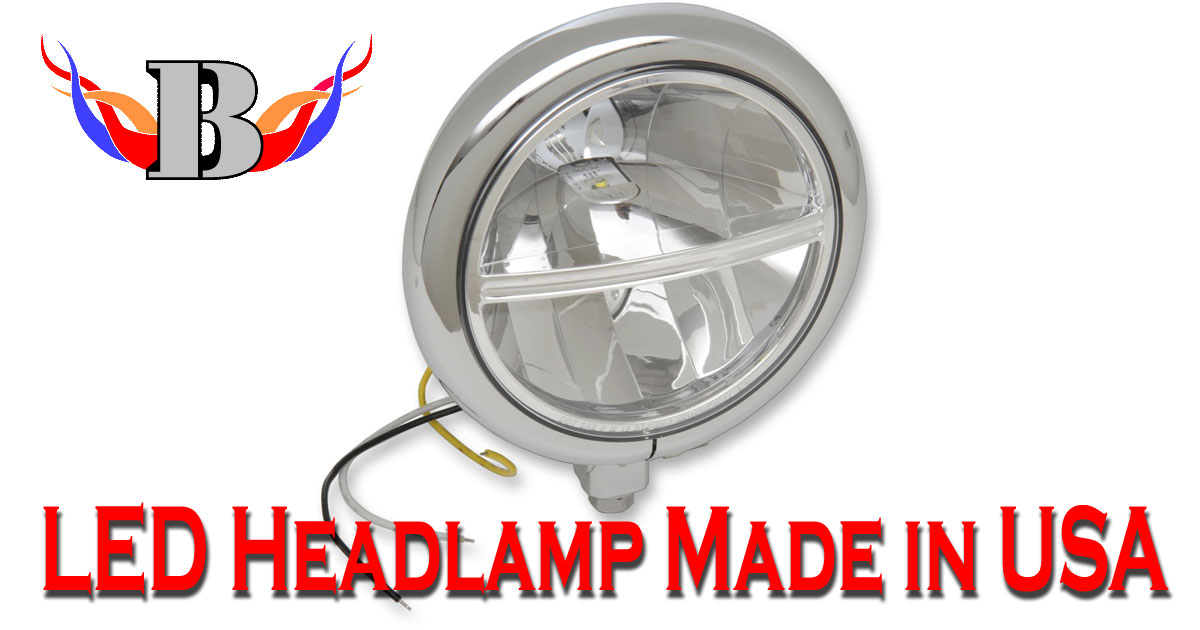 Of course if some is good, more should be better. So I went on to install the Drag Specialties 7" LED headlamp in my 1990 FXRP, which has a fairing-mount headlamp similar to a late-model H-D bagger. "Similar," but not quite the same. Seeing as how I'm not the greatest fabricator it took me a whole day to get the new headlamp installed (Chuck would have laughed and gotten it done in about an hour) but boy, was it worth it. Yes, the Sportster headlamp is great. The 7" on the FXRP is absolutely amazing. With the new headlight I was able, several times, to spot deer crossing the road about a quarter of a mile ahead, and stopped from 50mph to let them cross without drama. I actually rode to work every day right up to the first of November, a full month later than I had ever dared before.
Are LED headlights expensive? Yes, but much cheaper than the slightest tip-over. Are they worth it? If you ever ride at night, especially on dark roads, absolutely. Can you install them on older motorcycles without overwhelming the charging system? Heck yeah, they draw less power than the stock halogen headlight. Can they be installed on just about any motorcycle? Better let Chuck take a look at your existing headlight and he can answer your question for sure.
Chuck
Live every day like its your last and one day it will be!
Top
Post Reply
1 post • Page 1 of 1